One of the most beautiful moments happened for Dechen when she performed with her musicians from Switzerland in South Korea in October 2012. It was Dechen’s third visit to South Korea but the first time that she brought all her own musicians along. Professor Chium Park who invited her to perform at his yearly big Hwa Eom Spiritual Music Ritual had invited high dignitaries to the concert. One of them was Mr. Man Chai Chang who is the head of the Jeollanamdo Office of Education. Mr. Man Chai Chang was deeply touched by her music and he said that it had opened his heart. He said that he and his office of Education would be happy to be able to donate 150 new computers to Tibetan students. Dechen is happy to have been able to connect his office to the TVC, Tibetan Children’s Village, in Dharamsala. Meanwhile the computers should have arrived in Dharamsala enabling the young students to have access to modern computers. 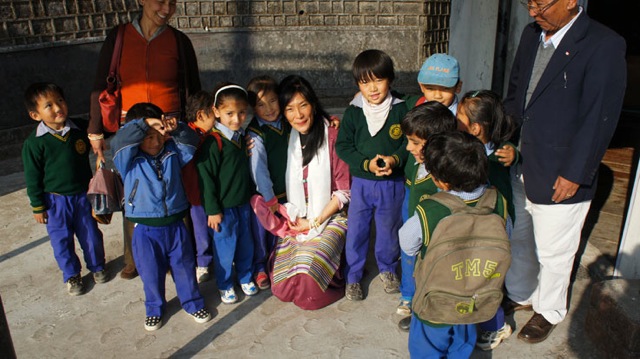